Archive for category: Our Team

You are here: Home1 / Our Team

Sara Day Evans, Founding Director for Accelerating Appalachia and Co-Founder of Prosperity Collective, is a sixth generation Kentuckian, and has worked with communities and small businesses across the southeast for over 20 years. She’s served over 300 communities and small businesses in economic development, entrepreneurship and environmental protection and leveraged over $250M in funding in service to the southeast and Appalachian region. She was awarded a presidential commendation from Bill Clinton for her work in the health and livelihood of women living in Appalachian Kentucky through her clean water efforts. With degrees in Geology/Hydrogeology and a background in water law, she was instrumental in developing Kentucky’s groundwater protection programs and later developed Kentucky’s first ongoing solid waste management fund, resulting in an 85% reduction in illegal dumping and a 25% increase in recycling. She served western North Carolina’s hardest hit counties by developing sustainable economy plans that fit with the people and place of the region and created North Carolina’s Green Economy Resources Directory. She’s particularly proud of the program she developed and implemented to install clean energy systems on farms in western NC’s high-unemployment counties while also training high school and community college students in clean energy installation.  In 2011, Sara Day co-founded the social enterprise Prosperity Collective and inspired by the textile, farming, forest products skills of Appalachians, the expanding world of social entrepreneurs and investing for good, she launched Accelerating Appalachia in 2012 to serve nature-based businesses in Appalachia and beyond. For most of her life, Sara Day has been a singer/songwriter and guitarist, performing and also producing exceptional house concerts for good causes. Her most profound influencers are her parents, her children and her lifelong friends, Wendell and Mary Berry. 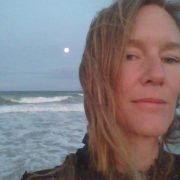 Jennifer Flynn has been a part of the Accelerating Appalachia team since its inception. She brings a wealth of experience working in the natural products sector, both as an entrepreneur, as well as a consultant to small businesses and value-added producers. She has developed curriculum for herbal and natural health programs, small business development programming and youth “green job” programs. With a background in ecopsychology, her work integrates an appreciation of the natural world in the many ways humans interact with their “ecos” or home and has a particular interest in supporting regenerative business development. She has served as a consultant to businesses preserving Afro-American culture in the Asheville area, as well as those preserving Appalachian and other traditional lifeways. She continues to consult with entrepreneurs and enterprises and works to connect young adults with the natural world through entrepreneurial and workforce training. 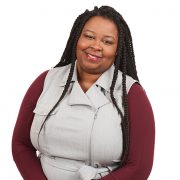 Antionette D. Carroll is the Founder, President and CEO of Creative Reaction Lab, a nonprofit social enterprise that educates, trains, and challenges cities to co-create solutions with Black and Latinx populations to design healthy and racially equitable communities. Within this capacity, Antionette has pioneered a new form of creative problem solving called Equity-Centered Community Design, and for Building Soil and Soul training, applies the principles to business design. Throughout her career, she has worked for nonprofits working for social justice, human rights, and diversity and inclusion. These experiences led to her background as a social entrepreneur, non-profit leader, and design activist. Her personal mission in life is to CHALLENGE standards, make CHANGE, and CHAMPION approaches resulting in foundational and community impact. Also, Antionette is an active community volunteer. Antionette was named the Founding Chair of the Diversity and Inclusion Task Force of AIGA: The Professional Association of Design in 2014. Currently, she’s the Chair Emerita of the Task Force working on long-term strategic initiatives such as the Design Census Program with Google and national Inclusivity in Design Summit. With her encouragement, AIGA created the first Racial Justice by Design program, with Antionette co-organizing and assuming the role of online producer for the national Town Hall in 2016. At the local level, she is currently serving as President Emerita of AIGA St. Louis and co-founder of the Design + Diversity Conference. Antionette also sits on several awards and programming committees for local and national non-profits, including the steering committee for The City of St. Louis’ Resiliency Office, supported by Rockefeller Foundation, and formerly the founding anti-bias/anti-racism committee for City Garden Montessori School. Antionette is a TED Fellow, 4.0 Schools Fellow, Next City Vanguard, 2017 Essence Magazine #100 Most Woke Woman, Subject Matter Advisor for Rockefeller Foundation’s 100 Resilient Cities, StartingBloc Fellow, and an American Express/Ashoka Emerging Innovator. Antionette also is an international speaker and facilitator, previously speaking at Microsoft, NASA, TEDxHerndon and TEDxGatewayArch, AIGA National Conference, The Ohio State University, and more. 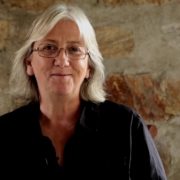 Laura Lengnick is an award-winning soil scientist who has explored agricultural sustainability for more than 30 years as a researcher, policy-maker, educator, and farmer.  Her work in sustainable farming systems was nationally-recognized with a USDA Secretary’s Honor Award and she contributed to the 3rd National Climate Assessment as a lead author of the USDA report Climate Change and U.S. Agriculture: Effects and Adaptation. Laura led the academic program in sustainable agriculture at Warren Wilson College for more than a decade, where she also served as the Director of Sustainability Education, conducted research in sustainability assessment and holistic management, led energy descent action planning, and developed an innovative sustainable dining policy for the college.  In 2015, Laura left the college to launch Cultivating Resilience, LLC, a private consulting firm offering ecosystem-based climate risk management services to business and government.  She is Vice President of Resilience at Climate Optimize, Inc,,serves as an advisor to the North American Climate Smart Agriculture Alliance, and holds a research position in the Resilient Landscapes Program at the Stockholm Resilience Center.  Laura is the author of the 2015 award-winning book, Resilient Agriculture: Cultivating Food Systems for a Changing Climate 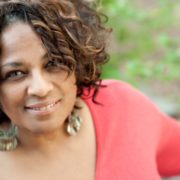 Desiree Adaway is the Director of the Adaway Group and specializes in strategic planning, program design and development, curriculum development, training design and facilitation. She has extensive experience designing and directing leadership development trainings.  She is a strategist, experienced presenter, knowledgeable curriculum designer and a skilled discussion leader. Her past audiences range from high school students to seasoned professionals.  The Adaway Group helps individuals embrace and benefit from the diversity in their personal and professional life. They analyze issues of race, class and gender through a lens of power, privilege, and binaries while helping participants develop their social justice muscle and critical observations on key issues occurring in our world today that will impact their businesses, clients and communities. The Adaway Group has developed a thorough and effective model for business planning that has been used in corporate, and non-profit settings. Their process brings groups into clear alignment about their purpose and direction. The planning tools they provide help decision-makers, teams and organizations determine how to best use their resources to achieve their goals. Desiree has trained over 2000 individuals.