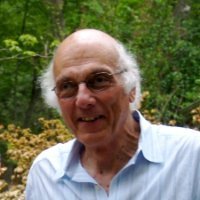 Asheville, NC & Asia: Founder and principal of Pegasus Capital, a Singapore-based financial advisory firm focused on Southeast Asia and India, Richard is a corporate finance specialist with four and a half decades of professional experience in Asia, Latin America, Africa and the Middle East. Now based in the US, he lived and worked in Southeast Asia from 1973 to 2007 with the World Bank, Private Development Finance Company of Indonesia, Private Investment Company for Asia, Elders Finance Group and Asian Oceanic Group before launching Pegasus Capital in 1991. A pioneer in Asian private equity, he co-founded Elders PICA Asian Ventures, one of the region’s earliest funds, and later established AOG Mitra Capital Finance, the first in Indonesia. He has served on the boards of more than 30 manufacturing, food, banking, securities and energy services companies in seven Asian countries and has been an adviser to Salomon Brothers, Deloitte Corporate Finance, EMP Global, Darby Asia and Acadian Asset Management. He serves on the Advisory Committee for Biotechnology in Western North Carolina and is a member of the regional Inception Micro Angel Fund. Richard lived in East Africa and worked as a development economist in Vietnam, Thailand, Colombia and Iran before joining the World Bank in 1970. An electrical engineering graduate of Penn State, he has a master’s degree from the Sloan School at MIT, where he also studied nuclear engineering under an Atomic Energy Commission Fellowship.