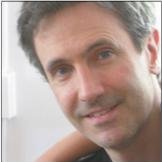 Berkley, CA & International: Daniel is a visionary on the untapped power of technology to engage and transform since he started building games and apps on a calculator at age 7. He founded the most popular online community, Inner Circle, before the public Internet. He was senior developer on SimCity and CEO/founder of Total Entertainment Network, an early online gaming community bought by Electronic Arts. He has been on numerous non- and for-profit boards, including the public board of Netcom, the first internet company to go public. He began angel investing in 1997 with Ellie Mae, which went public in 2011. He has been advising and supporting entrepreneurs who are making big, systemic changes using technology. He has a BA in Computer Science from UC Berkeley and studied Cognitive Neuroscience at Columbia.