You are here: Home1 / About2 / Board of Directors 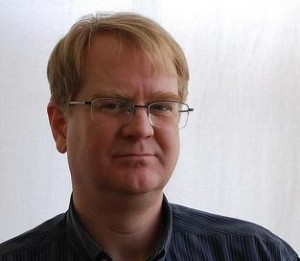 Thomas Beckett is co-Executive Director of Carolina Common Enterprise, North Carolina’s new cooperative development center. He is a licensed attorney, holds an MBA degree and has spent most of his career advising small and startup businesses, including a large number of cooperatives. He has received professional certification in cooperative development from CooperationWorks! through its Cooperative Business Development Training Program and has himself participated as a trainer on cooperative law in that program. Beckett presents regularly on business law for local and regional business development organizations. He is certified by the Kauffman Foundation to present its FastTrac entrepreneurial training program. He is a frequent presenter at conference venues such as the US Federation of Worker Cooperatives and Eastern Conference for Workplace Democracy. For the past seven years he has served as a professional service provider to clients of Mountain BizWorks, a local Community Development Financial Institution (CDFI) with a range of small business clients. In addition to his paid work advising small business, Beckett has also volunteered for the past eight years offering technical assistance and legal counseling to clients of the Small Business Center of Asheville Buncombe Technical Community College.  His experience encompasses both rural and urban business ventures, and has worked with cooperatives from in a wide variety of sectors including, including worker-owned, consumer, housing and agricultural cooperatives. 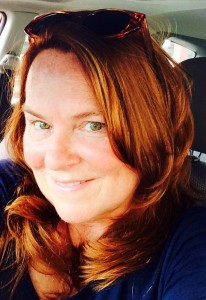 Sara Day Evans, Founding Director for Accelerating Appalachia and Co-Founder of Prosperity Collective, is a sixth generation Kentuckian, and has worked with communities and small businesses across the southeast for over 20 years. She’s served over 100 communities and small businesses in economic development, entrepreneurship and environmental protection and leveraged over $250M in funding for the southeast and Appalachian region. She was awarded a presidential commendation from Bill Clinton for her work in the health and livelihood of women living in Appalachian Kentucky through her clean water efforts. With degrees in Geology/Hydrogeology and a background in water law, she was instrumental in developing Kentucky’s groundwater protection programs and later developed Kentucky’s first ongoing solid waste management fund, resulting in an 85% reduction in illegal dumping and a 25% increase in recycling. She served Western North Carolina’s hardest hit counties by developing sustainable economy plans that fit with the people and place of the region and created North Carolina’s Green Economy Resources Directory. She’s particularly proud of the program she developed and implemented to install clean energy systems on farms in western NC’s high-unemployment counties while also training high school and community college students in clean energy installation.  In 2011, Sara Day co-founded the social enterprise Prosperity Collective. Inspired by the textile, farming, and forest product skills of Appalachians, she launched Accelerating Appalachia to serve nature-based businesses in Appalachia and beyond. For most of her life, Sara Day has been a singer/songwriter and guitarist, performing and also producing exceptional house concerts for good causes. Her most profound influencers are her parents, her children and her lifelong friends, Wendell and Mary Berry. 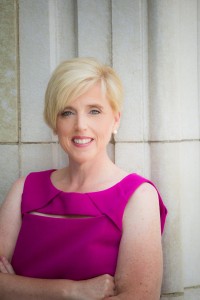 Pam Lewis is a creative, high-energy individual who is known for her ability to bring diverse groups of people together in a collaborative manner where everyone contributes to the solution and a win is achieved. Pam has enjoyed working in various aspects of economic development throughout her 20 year career including the following highlights: *Developed Nationally-Recognized Entrepreneurial Program. Created and launched Certified Entrepreneurial Community Program (CEC®), a program which helps communities become entrepreneur-ready.
*Established Ongoing Funding for Entrepreneurs. Co-developed, launched and managed revolving loan fund that provided early stage financing to entrepreneurs throughout Western North Carolina – 25 companies to date
*Delivered The Hunger Games to Asheville. Led the recruitment and location scouting for Lionsgate’s The Hunger Games and served as WNC point of contact during production.
*New Belgium East Coast Distribution. Worked on the marketing team to recruit New Belgium’s East Coast distribution facility to Asheville, NC.
*Developed and launched Venture Asheville brand in collaboration with GAN, CISCO and local Asheville entrepreneurs at SXSW.
*Created, Launched and Grew National Idea-Generation Competition and successfully created and operated “idea” competition called Juicy Ideas. Secured support from Google, which enabled the competition to expand nationally, and secured funding from Google in second year.
Currently Pam is expanding her knowledge of economic development and commitment to rural counties as Sr. Vice President of Appalachian EB5 Regional Center, a Center
serving the 50 eastern counties of Tennessee and the 29 western counties of North Carolina. A native of Greenville, South Carolina and having called Asheville, North Carolina home for more than 20 years. Pam lives with her husband Todd and a pug in West Asheville. She has one son, Matt who is a graduate of both Elon University and UNC-Chapel Hill Law. He currently lives and works in Washington DC. 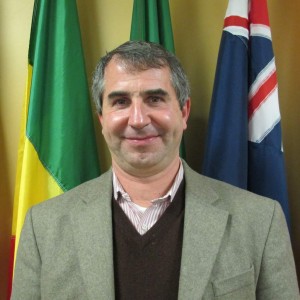 Shaun Paul is the Chief Executive Officer of Ejido Verde, a Mexican forestry company formed through a partnership of the Mexican pine chemicals industry and indigenous communities in Michoacan to establish 12,000 hectares of commercial plantations for pine resin extraction.  Shaun recently assumed this role in November 2015 building from his 25 years of highly entrepreneurial experience in private finance, philanthropy, and leading growth companies innovating solutions for food, forests, and water.

Prior to joining Ejido Verde, Shaun served as the Managing Director and Founding Partner of Reinventure Capital, an impact venture fund, to invest in innovative entrepreneurs scaling businesses creating solutions for social inequality, healthy living and ecosystem renewal.  Beginning in 1992, Shaun founded and led the EcoLogic Development Fund that included managing forests with indigenous communities and establishing forest plantations in Mexico, Guatemala, Honduras, and Belize. As a founder and president of Pico Bonito Forests LLC  in Honduras, he pioneered forestry finance with carbon offsets beginning in 2004.  In addition, Shaun led the incubation of Root Capital that has lent US$903 million to small and growing businesses in Latin America and Africa.

Shaun currently serves on the boards of International Funders for Indigenous People and Accelerating Appalachia for nature-based companies. He is an advisor to EcoMadera in Ecuador and serves as a research fellow at the Global Development and Environment Institute at Tufts University to innovate next generation impact metrics empowering entrepreneurs and investors to realize superior performance by applying Regenerative Principles and a Living Systems Framework.

Want to join the discussion?
Feel free to contribute!